The 57 Bus by Dashka Slater 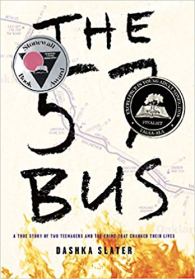 Two people’s lives changed, in real time and in real life, on the number 57 bus in Oakland, CA.  Sasha, a transitioning teenager, and Richard, a black teenager, clash in a thoughtless, reckless act.  Both will suffer years of repercussions from their encounter. But what stands out about this exceptional non-fiction book is that is doesn’t play out the way you think it will.  Sasha refuses to be a victim and Richard undergoes restorative justice counseling while imprisoned in a California jail. They both contain multitudes and are more than a moment on a bus.  Be a part of this award-winning story by reading about this 2013 incident and its aftermath.

The Black Witch by Laurie Forest 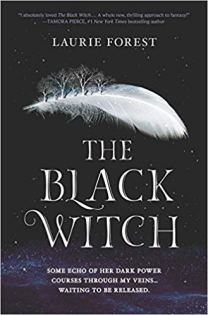 Elloren Gardner has a legacy to live up to.  Her grandmother was the Black Witch, savior of the Gardnerians. Unlike her grandmother and brothers, Elloren lacks magic. She would rather follow her passion for healing, but her aunt–and guardian–has other plans. Elloren will be enrolled in a fitting university, married off to a high mage, and will take her place in Gardnerian society. As Elloren enters the more sophisticated environment of Verpax University, she discovers that Gardnerians are not the benevolent race she has always been led to believe. The question is: is Elloren strong enough to stand up for those whose land and dignity–even at the risk of alienating her own people?

Eliza and Her Monsters by Francesca Zappia 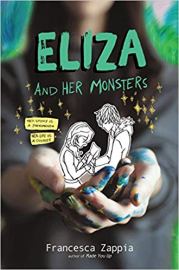 If you looked at senior Eliza Mirk at school, you’d see a shy, quiet, lonely girl with no discernable friends.  But catch her around her artwork, and she is confident, directed, and world-class. Her online webcomic Monstrous Sea has fans all over the world and its bold storytelling and breathtaking art have brought her millions of fans, none of whom know who she really is. When a relationship blossoms with a new boy, Wallace, Eliza’s identity slips out, bringing more problems. Chock full of superb writing, comic panels and fandom galore, Eliza and Her Monsters has everything!

Far from the Tree by Robin Benway 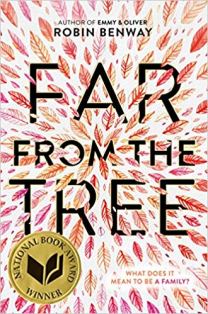 Grace always figured she’d attend Homecoming just like everyone else — have pictures taken, wear a fancy dress and dance with her boyfriend. Instead she spends Homecoming at the hospital giving birth to her daughter. She knows she not ready to be a mom and the most loving thing she can do for her baby is to find her the best possible home. What Grace didn’t anticipate was how empty she’d feel afterward. So empty, in fact, she decides it’s time to seek out her own birth mother, someone who might understand what she’s going through. But, instead of her bio mom, Grace finds a sister, Maya, and a brother, Joaquin. Maya was adopted by a different family and Joaquin’s been bounced around the foster care system most of his life. Being blood related doesn’t mean they instantly feel like family, that will take time and the ability to work through the baggage they each bring to the table. They begin to understand that family can mean a lot of different things, and for them, now that they have found each other, there are “no returns, no backsies”. Told from all three points of view, you will fall in love with these amazing siblings. You’ll want, no need, to read this beautiful story in one sitting!

The Hate U Give by Angie Thomas 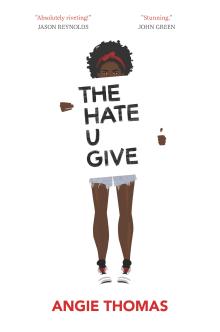 Starr Carter is an expert at camouflage. She juggles two different worlds seamlessly: her elite private high school and her familiar surroundings of home.  When her childhood friend, Khalil, gets shot by a police officer, and she knows it was not provoked, her charade comes to a screeching halt. She is left with a choice to stay quiet and let the media think Khalil was at fault, or speak up and open a Pandora’s box of controversy that could expose her worst fears. 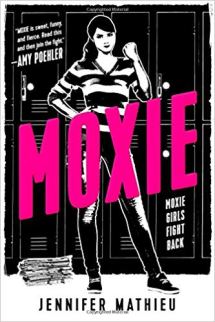 Vivian Carter is tired of the way things are at her Texas high school, where football players rule the school, and the administration casually ignores their demeaning comments toward girls, T-shirts with suggestive and degrading comments, and sexual harassment in the hallways–while shaming girls for minor dress code violations. Taking a cue from her mother’s hidden box of 90’s PNW Riot Grrrl memorabilia, Viv creates an anonymous zine asking “Moxie Girls” to call out these inequities and encourages others to take a stand against their school’s systemic sexism. Things take off: her zine gets attention, builds a movement, and creates an unlikely group of allies. Moxie Girls fight back and East Rockport High School will never be the same! 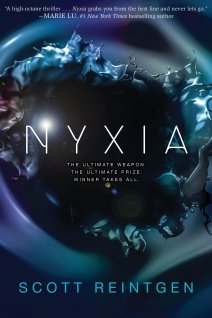 Emmett Atwater has been offered the opportunity of a lifetime. He has been chosen, along with ten other teens from around the world, for a special mission. Babel Corporation needs teens to travel to the distant planet Eden, and they are willing to pay a literal fortune. Emmett and his shipmates are sent on an expedition to mine Nyxia, the most valuable substance in the universe. Emmett thinks he knows how difficult the trip will be, but when the teens are forced to compete for their spot on the ship, things get interesting. How far will Emmett be willing to go to keep his place? And what secrets is the Babel Corporation hiding? This fast-paced thriller set in space has plenty of action, suspense and intrigue!

One of Us is Lying by Karen M. McManus 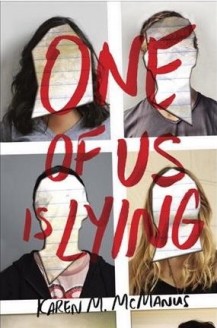 Five students are stuck in detention for breaking Bayview High School’s no cell phone policy–except the phones they were caught with don’t belong to them. Four of those students have secrets that would be devastating if those secrets got out. One of those students runs a highly accurate gossip app that spills secrets most students want buried…and then he drops dead. Right there in detention. Now Bronwyn, Addy, Nate, and Cooper are desperate to prove their secrets aren’t the reason Simon was killed. The problem is, one of them has to be lying.

Piecing Me Together by Renee Watson 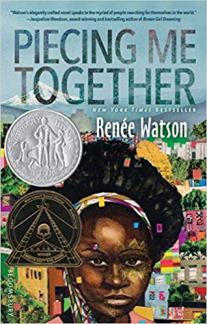 Every morning, Jade crosses the city to attend St. Francis, the mostly-white, expensive private school she attends on scholarship. And every afternoon, she heads back to North Portland, the “bad” neighborhood she feels like she has to leave to succeed. Jade is used to taking ugly things and piecing them together to make something beautiful, like the collages she creates out of scraps of paper and fabric. She is used to having to accept any opportunity that comes her way. So when she is selected for “Woman to Woman: a Mentorship Program for African American Girls,” she accepts it, even though she doesn’t think she needs a mentor, especially one like Maxine, who comes from money and doesn’t seem to understand Jade at all. What Jade really wants is to be chosen for the study abroad program, where she can practice Spanish and serve others in a foreign country. But will anyone ever see her as having something to give, instead of something she needs? 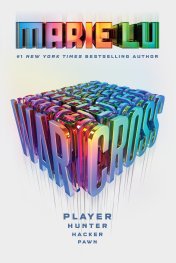 Emika Chen is broke and desperate when she hacks into the International Warcross Championships and accidentally glitches into view for the entire world to see. When her phone starts ringing off the hook moments later, she is terrified that she is going to be arrested or worse. Instead she is given an offer she can’t refuse. Join Hideo Tanaka, the creator of Warcross, and the world’s youngest billionaire, and become a player at the elite level in order to help find a security problem within the game.

The more she investigates, the more she realizes that things are much more complex than initially thought. With a world you wish you lived in, Lu weaves this story full of non-stop action, plot twists and even a little romance.